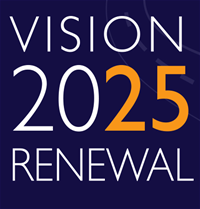 What is included in Proposition 1?

This ballot item, proposes to establish a permanent sales tax to fund public safety that would be at a rate of 0.16 percent from Jan. 1, 2017 to July 1, 2021 and then increase to a rate of 0.26 percent permanently thereafter. Over the first 15 years only, the tax is projected to generate $202 million for the police department and $70 million for the fire department. No estimates have been provided as to revenue generation or allocation after the year 2032. 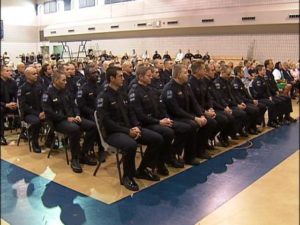 If approved, the permanent, dedicated public safety tax will provide funding for the addition of 160 new police officers and 65 new firefighters. The City states that the added police officers will allow police stations to remain open 24-hours a day, seven days a week. It likely will improve response times for police by having more patrol officers ready to answer calls. If approved, new street crime units would be deployed to focus on serial crimes like burglary and robbery, using intelligence-led policing to help keep neighborhoods safe.   There is no mention in any of the Vision Tulsa marketing materials that suggests any of the new officers will be deployed in “community policing” efforts as has been previously discussed by the mayor and other elected officials.

While crime statistics have been declining nationwide for many years, including in cities like Tulsa, the fact remains that the Tulsa’s violent crime stats place the city in the top 25% nationally. Local law enforcement leaders have been pleading for more manpower for some time, but without the necessary funding to pay for them, they have been forced to manage with existing personnel.

The Institute of Crime Science (ICS) at the University of Cincinnati conducted a three-phase assessment of the distribution of crime, as well as police staffing, within the City of Tulsa in an effort to evaluate crime and policing approaches that follow evidence-based models of crime control effectiveness. 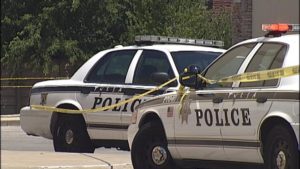 Presently, the Tulsa Police Department has about 750 sworn officers and the ICS study recommended that number be increased to at least 958, with nearly half assigned to patrol. Homicide, rape and aggravated assault are areas identified in the report to be of particular concern in considering future staffing.

While many experts agree the Tulsa Police Department is understaffed, not everyone is convinced. Some are quick to point out Tulsa’s crime statistics apparently did not increase in 2010, when over 120 officers were dismissed in the draconian budget cuts of the historic recession.

In, 2009, then-City Councilor Bill Martinson prepared a revealing PowerPoint presentation that detailed the dramatically increasing share public safety was taking of the city’s general fund budget – that portion financed by the city sales tax of two cents on the dollar – while the city’s population was virtually static. While the report is now six or seven years old, we believe it is instructive.

In addition, some minorities have expressed to us their fears of increased harassment, arrests and possible deportation of immigrants, which can destroy families. We’ve also heard concerns over the increased costs and the apparent lack of guarantees that the overall crime rate will decline.

We presume that the City proposes to use the newly generated money to conduct police training academies and to swear-in new police officers periodically over the first 15 years of the tax.

Originally there were discussions of an additional component of the public safety tax, that would have funded street lights, traffic signalization, striping, crosswalks, and sidewalks, but those services were deleted from the Public Safety Proposition 1 and added to the Transportation Proposition 2.

Unlike the ICS study for Tulsa policing, no such study is yet available for fire protection services. A Fire Department Resource Allocation and Utilization Study, which after what some believe to be an unnecessary delay, is now underway but will not likely be available before the April 5th election. Mayor Bartlett took responsibility for the delay and apologized for it, stating he had been preoccupied with other city business. Setting dollar amounts and staffing levels without this study resulted in objections from some City Councilors, nevertheless, the ballot item was set. 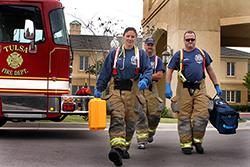 Sixty-five new firefighters will be added over a period of years from the new public safety tax. This will allow the Fire Department to return to a four-man truck standard, at some fire stations, a protocol that was abandoned in Tulsa years ago due to budget constraints. Four firefighters to a truck is a standard in some cities, but not others. The cost of maintaining that standard is a prime concern of opponents, who point to current response times that fall well within national standards. But supporters of the higher staffing level point to the reduction of risk to both firefighters and the public.

The new tax will also provide staffing for a new fire station to be located in East Tulsa.  A firm construction and opening date have not yet been determined.

What guarantees more police officers and firefighters will be hired?

Officials have expressly stated that the new revenue will not be directed toward increased compensation or benefits for existing personnel, or existing capital equipment and operating expenses, but will be used solely for the expanded services identified in the ordinances governing Proposition 1.

While the issue is complicated, from a legal standpoint, councilors worked to craft an ordinance that insures the permanent tax is used to increase manpower levels. Going further, Councilor Gilbert attempted to get support to guarantee that police and fire departments would continue to account for approximately 60 percent of the general fund budget, but her peers resisted that plan.

Another councilor suggested that could tie the hands of future administrations and councils.   The city legal department staff confirmed councilors are not legally able to bind the mayor or future council on budget matters.

While binding future administrations is presently unlawful, a charter change could change that, and Councilor Gilbert appeared ready to champion that change if budget cuts threatened the general operating funds set aside for public safety.

At last check there did not seem to be much enthusiasm among other councilors for that option, as most felt the ordinance already prevents such actions, called “supplanting.” Bottom line, while there are no absolute guarantees, it is clear than any future attempt to repurpose the new funding would be aggressively challenged.

Smart Growth Tulsa, Incorporated convened a Special Meeting of its Advisory Board on February 19th, 2016 to consider the four Vision Tulsa sales tax proposals. City Councilor’s Ewing and Bynum were our guests and answered questions from advisory board members about the proposals.

SGT’s adopted Articles of Incorporation and Bylaws clearly define our organization’s option to advocate for or against tax proposals and candidates for local office.  That said, it is clear from our discussions that the sentiments to exercise that option will be used judiciously, and only in cases where very compelling reasons exist to do so.