Tulsa Planning Office is Moving Back to City Hall 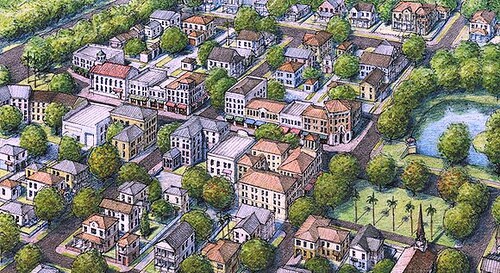 In an article in today’s Tulsa World, the City of Tulsa announced that it will be moving its planning services back to City Hall.  World subscribers can read the full article here: https://tinyurl.com/ynpaykxf or read my summary below:

The reorganization will affect 23 people, including one who made the move from City Hall to INCOG four years ago. These employees will have the opportunity to reapply for their positions or similar ones at City Hall. The Planning Office staff will remain on the job at INCOG until June 30th, and City Hall plans to complete the interviews and hiring process before then, so the new department can be operational on July 1st.

According to City officials, the reorganization is being done in order to create a neighborhood-level planning process that ensures that long-range and short-term planners and designers are working together from the conception of a plan to its completion and beyond. Historically, the city’s planning functions were split between its Planning Department at City Hall and INCOG.

The Planning Department handled long-term planning projects, such as the development of small-area plans, and INCOG handled short-term planning work, such as zoning applications made to the Tulsa Metropolitan Area Planning Commission and the Board of Adjustment.

In 2018, city officials announced that the shift to INCOG would lead to better, more efficient planning services and improved customer service. However, Mayor G.T. Bynum now believes that the city needs to do a better job of building planning and design into the front of what they do. He cited numerous capital projects throughout the city that could have gone much better if the city’s planning and implementation processes were better coordinated.

How it will be organized

Under the planned reorganization, the city’s Working In Neighborhoods Department will be renamed City Planning, Design and Neighborhoods. The department will include the Tulsa Planning Office, two divisions currently under WIN — Animal Welfare and Code Enforcement — and two new divisions, Community Development and Design.

According to Mayor Bynum, the goal of the reorganization is to create a neighborhood-level planning process that ensures that long-range and short-term planners and designers are working together from the conception of a plan to its completion and beyond.

The decision to move the planning services back to City Hall has been met with mixed reactions. Rich Brierre, executive director of INCOG, said that the city’s stated goal of enhancing public engagement and urban design throughout the planning process “should be encouraged with or without any organizational or staff changes.” He added that INCOG will do everything they can to assist the city of Tulsa in transitioning the programs and staff impacted by this transition.

What will it mean for existing planners? 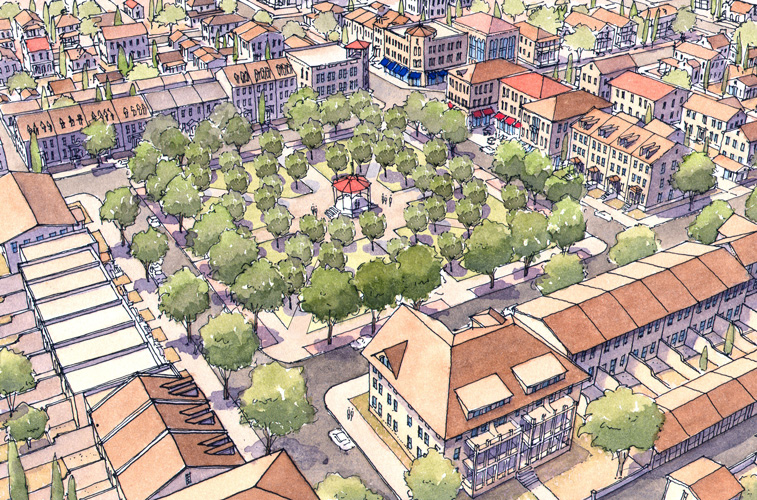 Mayor Bynum acknowledged the “human element” of the transition but believes that the reorganization will create opportunities for people who love urban design and planning to guide projects all the way through and be more involved in land-use planning and implementation. He stated “The culture that I have tried to build at the city of Tulsa is one of continuous improvement. We are never satisfied with the way things are today. We are always trying to find a way to do them better tomorrow.”

It remains to be seen how this decision will impact the planning services provided to the city of Tulsa and one potential impact of the decision could be on the level of continuity in the planning process. Moving the planning services back to City Hall after having them at INCOG for four years could lead to disruptions in ongoing projects and a period of adjustment for staff and residents. Additionally, it could also affect the relationship between the city and INCOG, which has been a partner in planning services for many years.

Another aspect to consider is the cost of this transition, both in terms of monetary expense and resources. The process of hiring and training new staff, as well as establishing new divisions and reorganizing existing ones, could be costly for the city. Furthermore, the potential loss, if any, of experienced and knowledgeable staff from the Tulsa Planning Office could also have a detrimental effect on the efficiency and effectiveness of the planning services provided.

It’s important to note that the decision to move the planning services back to City Hall was based on the city’s goal of creating a neighborhood-level planning process that ensures that long-range and short-term planners and designers are working together from the conception of a plan to its completion and beyond.

It is crucial that the city evaluates the potential impact of this decision and make sure that they are able to achieve their goal while minimizing negative effects such as continuity disruptions and costs. This can be done by involving the current staff and residents in the transition process and making sure to communicate effectively with all stakeholders.  With almost six months to work with, those potential negative effects should be minimized.

In conclusion, moving the planning services back to City Hall after four years of contracting with the Indian Nations Council of Governments (INCOG) should have some very positive effects on the city in both the short-term and the long term. While the intention behind the decision is to create a neighborhood-level planning process that ensures designers are working together from the conception of a plan to its completion and beyond, it’s important to limit disruptions as much as possible.  Stay tuned!

HELMERICH PARK IS ON THE ROPES, AGAIN! But not yet down for the count
February 19, 2017
Subscribe to Bill’s Newsletter