PLAZA IMPROVEMENTS A MISSED OPPORTUNITY Can we take a mulligan? 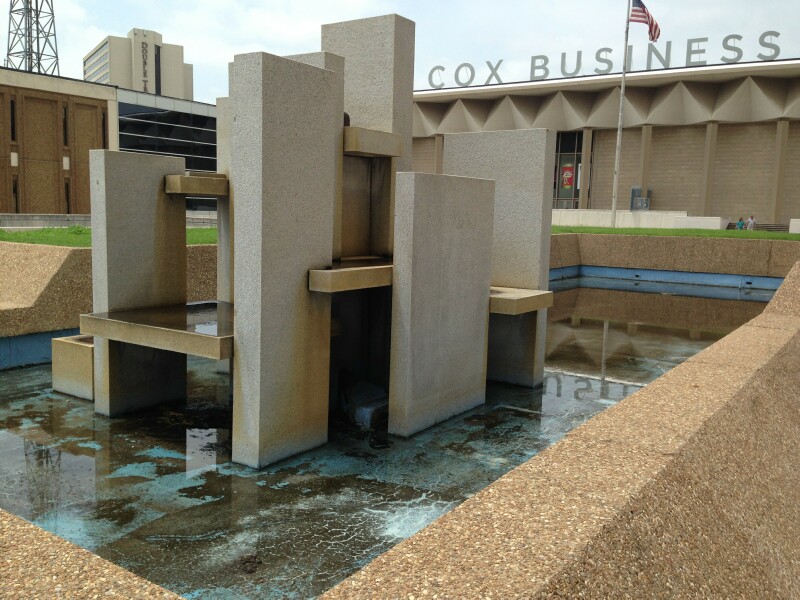 In 2010 the City of Tulsa entered into a contract to sell the former City Hall located in the ‘Civic Center’ complex.  It had been declared surplus property after offices were moved to the newly purchased One Technology Center.  The sale came about after the City of Tulsa received an unsolicited offer from a prospective buyer.

After receiving the offer the City Tulsa directed the Tulsa Development Authority to prepare a Request for Proposals.  Eventually the TDA entered into an agreement with the Snyder family’s Brickhugger LLC to redevelop the site as a hotel for a reported purchase price of $1.2 million.

Unfortunately, value estimates for the property which had previously been established by appraisal at around $6 million had plummeted during the depths of the recession.  The sale proceeds had been counted on to help offset the purchase of the new facility and the request for proposals attracted only one offer.

A lot of eyebrows were raised early on when it was disclosed the city had agreed to provide vehicular access to the new hotel by re-opening 5th Street west from Denver Ave to the hotel entrance and beyond. The actual language in the Contract of Sale was vague and ambiguous and it’s doubtful the City’s obligation can be accurately gaged short of a court ruling.

The initial cost estimates for the agreed upon work were projected to be nearly $5 million.  Many online comments attached to the Tulsa World’s early reporting of the story included claims of crony capitalism, insider trading, and unsound business practices.

Many Tulsans began to question the deal

At the time the obvious question on everyone’s mind was why would the city agree to sell this strategic asset so cheaply then spend five times that amount to make the deal work?  It didn’t make much sense then and does even less so now that the initial cost estimates have more than doubled, exceeding $11 million.

The public outcry has continued to this day.  Recently, City Councilor Skip Steele suggested the city would have been better off demolishing the building rather than investing millions to reconstruct the plaza.  Those are some of the reasons I chose to speak out publicly.  Sadly, my questioning of the process has been met with indifference or downright hostility from city officials. 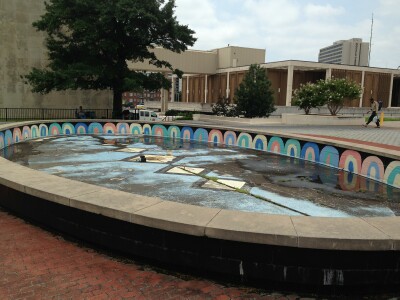 Let’s be clear, the so-called plaza is in deplorable condition and in need of renovation, there is no argument on that. If you have not visited the area recently you might well be outraged at its appearance, with crumbling infrastructure, graffiti, inoperative water features and neglected amenities virtually everywhere you look.

If there was a proposal on the table to spend $10 to $12 million to revitalize and upgrade the plaza, re-imagining it as a well-planned, welcoming public space where celebrations are held, social and economic exchanges take place, and cultures mix, it is doubtful anyone would be opposed to it.

Public parks and squares are often the front doors of our public institutions, our libraries, and convention centers, our municipal and county offices.  It is where we interact with our government and with each other.  When they work well they can be trans-formative in bringing a community together citing the Guthrie Green as an excellent example.

Lack of an area Master Plan leaves a lot to chance

These kind of public amenities are not created in a vacuum or in the back room of a public works department.  They take exceptional planning, lots of public engagement and citizen feedback to insure they deliver accessibility, comfort, activities and social interaction.  The aim is to create a sense of place that fits seamlessly into a larger more comprehensive strategic urban plan.

This is not the case with the current plan to open 5th Street.  Supporters claim the work will benefit not only the Aloft but also the Central Library, the Cox Business Center, the Tulsa County Courthouse, the old Tulsa Police Department headquarters and the BOK Center. Those entities will be minimally impacted by the project in my view.

The current plan currently calls for an oval roundabout in the plaza with a ramp that connects to underground parking and a roadway to Frisco Avenue.  The fact is that this capital improvement is about providing vehicular access to a site that was not designed for it.   The pittance budgeted for pedestrian amenities might improve but will not substantially transform the space into something we can be proud of.  If cuts are made they will surely come at the expense of the beautification budget, not the street.

Basically this project adds thousands of yards of new concrete and $ millions will be spent on reinforcing underground structural components required to support trucks and autos, not to create a world class gathering place.

The Cost/Benefit analysis (if there was one) was suspect, to say the least

So what went wrong?  It all began when a newly elected mayor inherited some decaying surplus property and wanted to get rid of it.  His plan was to sell the asset and use the revenue to reduce the long term debt on the new city hall (One Technology Center), which he apparently now wants to sell.  If the city could get the parcel back on the tax rolls, party bonus!  So far so good; no arguments there.

Unfortunately that was the end of the good news and the beginning of multiple roadblocks and a succession of missteps that continues ad infinitum.  The thought here is the mayor and his advisors underestimated the long-term strategic value of the land and its potential for re-development in an expanded convention center complex needed to compete with other cities.  In other words they sought a “quick-fix” rather than thinking strategically for the long term.

The recession radically affected real estate values and speculative ventures; which resulted in a timid response to the request for proposals.  The idea to structure the request for proposals to seek a hotel use was poorly conceived.  A hotel is considered by public safety officials to be a residential use, which triggered the requirement for vehicular access to the south side of the property.

Rather than take a step back and exercise a little patience the administration forged ahead with the deal.  At the same time, Engineering Services was providing estimates on the costs to provide that vehicular access; initially forecast at just under $5 million.

Mayor Bartlett would not be denied

That red flag was ignored; and it still has many people scratching their heads and asking what the heck? The economics made no sense and the idea should have been scrapped until market conditions improved.

Regrettably, a contract was signed binding the city to one of the most questionable real estate transactions in memory.  The thought here is that repurposing the building into a hotel was the worst possible scenario for numerous reasons.  The change to a residential use triggered the need to provide the vehicular access at costs now estimated to exceed $11 million.

Initially, the administration was assured by Paul Zachary, Director of Engineering Services that excess Fix Our Streets funds were available to cover the construction costs to open the street.  Eventually a budget amendment made its way to the City Council where repurposing the funds was approved.

Curiously there was little if any public discourse about exactly how and where the funds came from, what projects came in under budget or what other deserving projects might potentially have been higher priorities and worthy of consideration.  Apparently no return on investment analysis was provided to demonstrate the soundness of the transaction.  There was no public discussion, no feedback and no further questions.

For more than two years the owners of the hotel have worked on construction plans, submitting them for review by city officials, which has resulted in delays, revisions, more estimates and consideration on how to make up the difference in the spiraling costs.  Reportedly, discussions are now taking place with other “stakeholders” including Tulsa County who is being asked to contribute to the cause.

I hope we have learned a lesson

So why bring of this up now, the deal is done?  What can be gained by stirring the pot and further adding to the controversy?  Here is my answer.  If my actions help us avoid this kind of short sighted thinking in the future and if they inspire the city be more accountable to taxpayers in how we spend their tax dollars then it will be worth it.  If that means asking tough questions, what is the shame in that?

Our elected officials would be well-advised to place a higher value and greater emphasis on Tulsa’s planning assets and do more to involve the community in conceptualizing public spaces.  Citizens have not only the right but an inherit obligation to insist that our spending support our comprehensive plan and that all capital investments be considered not in isolation but in how they work to leverage other investments.

“Make no mistake, this project will substantially improve the plaza but that does not excuse the flawed thinking that led to it.  More strategic long term planning with public engagement could have transformed what is arguably the ugliest public space in all of Tulsa into a true destination with a unique sense of place, not a concrete edifice to trucks and autos.“