LET’S BUILD A CITY For us, our children, and grandchildren 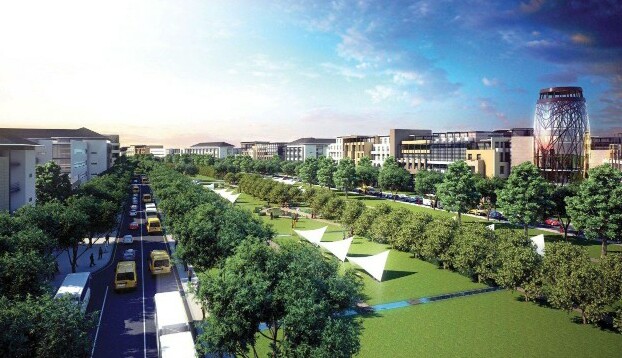 The competition among cities for jobs and growth is fierce and the last 30 plus years Tulsa has not been very competitive when it comes to population growth.  We are challenged to retain our brightest young people and attract new ones from outside.  We frequently find ourselves talking about other communities and what they are doing, like Austin, Portland, Oklahoma City and others.

Most Tulsans do not want to be any of those other cities, and frankly most of them are tired of hearing about them.  What they do want is for Tulsa to take its rightful place in the conversation.  We can do that by charting a new course, by dreaming big dreams and then making the necessary financial commitments to make those dreams a reality.

The view here is that Tulsa has been resting on its laurels for too long. We have not kept pace with a changing world and changing demographics.

We should celebrate the enormous growth of our Hispanic population and find ways to help them grow and prosper.  We must also recognize there are areas of the city that feel under served and isolated and we must search for ways to reconnect with them and address their needs.

Our reliance on an auto-centric transportation system is an unmitigated disaster because we cannot sustain the infrastructure maintenance costs it takes to support it.   In the meantime the increasing share of the city budget devoted to police and fire protection has come with a simultaneous decline of investments in quality of life indicators like parks, recreation and other amenities.

“Fact is we are under performing and under achieving.  We don’t have that hunger and that fire in our belly that characterized our community back during its periods of tremendous growth and prosperity.”

Drastic changes are needed to increase our population density by encouraging the mixed-use re-development and re-vitalization of core neighborhoods near the central business district.

Of course one of the biggest challenges facing Tulsa, the nation, and the world is addressing climate change and reducing our carbon footprint.   A significant and growing amount of the nation’s greenhouse gas emissions come from residential buildings so communities must look at retrofitting  existing homes and design more energy efficient housing in the future.

Reducing carbon emissions is just one of many reasons to decrease our dependence on the automobile by providing more and better transportation options as part of a broader plan to create a more sustainable city.

In his landmark book The Geography of Nowhere James Howard Kunstler visited the “tragic sprawlscape of cartoon architecture, junked cities, and ravaged countryside” America had become and declared that the deteriorating environment was not merely a symptom of a troubled culture, but one of the primary causes of our discontent.

In Home from Nowhere Kunstler not only shows that the original American Dream, the desire for peaceful, pleasant places in which to work and live still has a strong hold on our imaginations, but he also offers innovative, and eminently practical ways to make that dream a reality.

Citing examples from around the country, he calls for the restoration of traditional architecture, the introduction of enduring design principles in urban planning, and the development of public spaces that acknowledge our need to interact with each other.

Here are some things to think about as we build Tulsa for the future:

We need to continue and broaden the revitalization of downtown Tulsa

We can accelerate the revitalization of downtown Tulsa by encouraging the adaptive reuse of Tulsa’s historic buildings.  We do that by supporting state historic preservation tax credits, and by increasing local incentives and funding.

We should seek to insure that new construction is compatible with the goals of our Comprehensive Plan and Downtown Master Plan.  We favor opening more streets to two-way traffic and re-configuring them for additional on-street parking. We support a more favorable bicycle and pedestrian experience downtown, including increased opportunities for sidewalk cafes.

The City of Tulsa should also consider increasing investments in city owned structured parking to lessen our dependence on the massive amount of surface parking and return that land to more productive use. We can also increase investments in lighting, benches and other downtown streetscaping amenities, by pursuing federal funding to develop a downtown transit circulation route.

I would also like to study the feasibility of creating a public/private partnership to develop a 1st Class and permanent Downtown Farmers Market that would rival established signature markets in other cities.

We need to begin fighting crime at its roots

This is clear.  In Oklahoma, we have tried being tough on crime and our prisons are bursting at the seams.  Now it is time to start being smart on crime.   Law enforcement professionals know the lock them up and throw away the key tactic is not only outdated but not sustainable.

We must start focusing on criminality differently.  Rather than continue to increase funding on incarceration we can no longer afford, we should invest more in problem-solving courts and diversion programs.  We need to treat low-risk non-violent offenders, the ones we are mad at, differently than the ones we fear, and who need to be locked up.  We cannot afford any other strategy over the long term.

Our jails and prisons are packed with people who have mental health issues and drug and alcohol addictions which are not adequately addressed behind bars.  That is why it’s usually only a matter of time after their release before they violate and end up back in jail.  The so-called war on drugs failed because the focus was more on locking people up than on treating their addictions.

More police officers on the street might help temporarily, but it is not the best long term solution for reducing crime or for balancing the city budget.

A smarter approach would be to provide more and better options for treating mental illness and drug and alcohol addictions.  Incarcerating someone typically costs as much as four times annually what the most expensive treatment programs cost.

Smart growth strategies promote healthier lives, stronger families, and safer communities based on the principle that public health issues are at the root of many crimes.  In some inner city neighborhoods, it’s easier to find a liquor store than it is to find a grocery stor”e selling fresh foods. That’s a problem.

Drug and alcohol and mental health treatment courts and investments are more likely to lead to a decline in recidivism rates than additional law enforcement officers.  Investments in education, libraries, parks and rec centers are investments in public safety, let’s never forget that.

“Let’s buckle up Tulsa and get busy and be all that we can be.  Let’s quit talking and just do it!  Let’s act now!  Let’s shoot for the stars.  Let’s go for it.  Let’s be the very best Tulsa that we can be!  Let’s build, let’s invest, and create a city like no other.”

HELMERICH PARK IS ON THE ROPES, AGAIN! But not yet down for the count
February 19, 2017
Subscribe to Bill’s Newsletter