IMPROVE OUR TULSA The right package, the right time 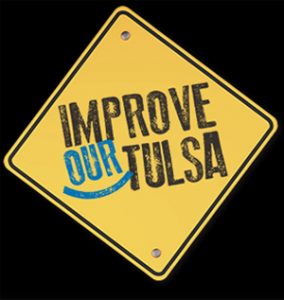 That kind of systematic public evaluation of proposed capital needs and expenditures was missing in last year’s Vision 2 initiative and that is likely why it was handily defeated. The timing was wrong, public engagement was lacking and the spending did little to reinforce the goals of our long term comprehensive plan.

That was a lethal combination of missed opportunities which resulted in a proposed spending plan that was detached procedurally, politically and practically from the overall goals, objectives and values established by the community in PlaniTulsa.

Let’s be clear, Tulsans are not averse to investing in their community. However, they have historically insisted that a very convincing case be made for approving tax hikes or extensions, especially when coupled with bonded indebtedness for capital improvements.

Time for a re-set in capital improvement funding strategies

Taxpayers expect and deserve an open and transparent planning process and a predictable and verifiable return on investment. They insist that we first address our needs for core services like police, fire, streets and other infrastructure maintenance before considering any luxury or non-essential capital improvement spending.

Taking a lesson from the Vision 2 defeat, Tulsa’s City Council began the challenging task of rebuilding public trust and confidence in our local government. In light of a couple of boneheaded decisions by members of the Bartlett administration that goal has proved to be a rather daunting task.

Concealing the truth from the public about the green waste program and then awarding a significant raise to the EMSA Director after an audit highly critical of the Authority’s lavish spending practices is hardly the way to rebuild trust in government. Never-the-less, the council forged ahead and did just that.

$Billions in needs, only $millions available, what are our priorities?

Tulsa’s unfunded capital improvement wish list presently totals in the neighborhood of $7 billion. Anticipating potential available revenues of less than $1 billion, city finance and other department heads have been busy over the past year or so prioritizing the most pressing needs from that list to help the council craft a realistic and strategic capital spending plan.

Ultimately the city council was presented with critical needs requests totaling just over $1.5 billion, knowing that only $800 to $900 million would be available. Their job was to help voters determine which projects should be built and or implemented and how they would be financed.

The council focused primarily on continuing the rehabilitation of our streets and the maintenance of other infrastructure and facilities.

They emphasized projects that correspond to key elements of the comprehensive plan like land use planning, transportation, economic development, telecommunications, and equipment and vehicles to support public safety and improve efficiencies.

It is clear that the council was guided by a genuine desire to develop a package that would help us achieve a vibrant, diverse, accessible city with smooth streets, a competitive transit system and safe, walkable neighborhoods.

Through a very well organized and unprecedented public outreach the best and most productive city council ever has provided the most transparent and fully vetted capital improvement tax package in history.

Between exhaustive public meetings, workshops and other outreach efforts councilors sat through literally weeks and months of listening to department heads and citizens make their case for the various funding projects competing for inclusion into the package. They even considered polling data to make certain that all interested parties had an opportunity to be involved and to provide feedback on the process.

In short, these “part-time” councilors did their job, they made the hard decisions and the difficult choices and they did what they were elected to do, they served tirelessly and they delivered.

Lots of important projects did not make the cut.

With all of that said it is safe to say that the final package is not perfect. Over $500 million in high priority projects did not make the final cut and we know that many if not all of them are very deserving on their own merits.

In the next go around there will be things we can do to improve on the process and make it even more accountable. By funding made available in Improve Our Tulsa we will be able to apply a rigorous and professionally administered sustainable return on investment analysis to the larger transportation related projects.

The mere fact that none of us got everything we wanted and most of us got something we didn’t necessarily want, is not a valid reason to withhold support from this package.

The true measure of its success both quantitatively and qualitatively will only be determined in the years to come. For now, however, this is about as good as it gets. One thing is certain; if it fails this community will take one giant, perhaps lethal step backwards.

Often times elected officials are justifiably criticized for being ineffective, but let’s give credit where credit is due. Tulsa city councilors stepped up and did a marvelous job that we can all be proud of. Now it’s time for us to hold up our end.

Here are some solid reasons to support Improve Our Tulsa. It is a no frills program that includes only the very highest priority core service projects. It is the most transparent and publicly vetted tax package in our history. It will protect and responsibly maintain our infrastructure and improve efficiencies in city government.

It will adequately equip our first responders. It will take a major first step in funding the implementation of our comprehensive plan.

It will send a positive message to businesses and industries who might consider locating here and to the incredibly generous philanthropic community who does so much to improve our daily quality of life.