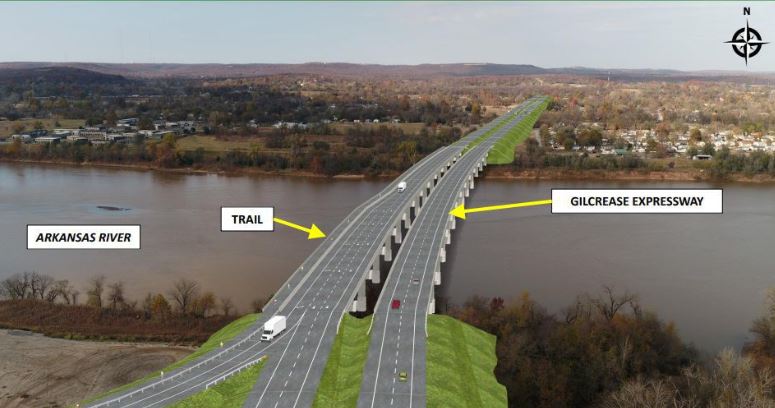 It’s true: the concept has been on the books more than five decades.  And millions of dollars in engineering and right-of-way acquisition costs have already been spent.  And finally, very little in the way of organized opposition stands in the way of its ultimate completion.

It’s also true:  that the numbers establishing the legitimate need for the highway remain suspect as illustrated by the search for a private investor to fill the funding gap.  And the $300 million required to finish the project will be committed just as transportation trends now project a steadily decreasing number private automobile trips nationwide.

Some argue new development along the finished highway will not represent “urban sprawl” because of the existing street grid.  There is little doubt however that the expected new commercial construction will be followed by a demand for intersection and signalization improvements, new curbs, sidewalks and lighting, new drainage and stormwater enhancements, and the need for expanded police and fire protection.

So, even though the expressway itself will be “free” and funded by tolls if all goes well; taxpayers will still be facing future capital investments and maintenance liabilities to support the projected new development, rather than incentivizing growth along existing public transportation corridors that leverage current infrastructure to create great places and build density in a more sustainable way.

“What may have made sense 50 years ago, doesn’t represent good public policy in 2018.  The demographics have changed, and cities have learned  the hidden long-term costs of unbridled expansion usually outweigh today’s enticing short-term economic benefits.  That is principally why we are already hopelessly behind in taking care of the streets and highways we already have.”

Better late than never?  No, not really.

For lack of a better euphemism the Gilcrease Expressway is late to the party, too late. It seems the idea to complete the loop around the city, just to complete the loop, has been at the expense of a more thorough economic benefit and return on investment analysis.  It can also be argued that the “highway to nowhere” is inconsistent with the city’s comprehensive plan, adopted in 2010.

Rather than learn from the past, we seem doomed to repeat it.  Proponents seem so highly invested in the project that they appear unwilling to take a step back and reevaluate its merits using 21st Century urban planning standards and best practices.

I’m not attempting to play the blame-game here, as there is plenty to go around.  And its complicated because the planning effort spans decades and involves literally hundreds of individuals and entities.  Representatives from all levels of government from city and county to state and federal, as well as the folks at INCOG and the Tulsa Regional Chamber have all played a role in promoting the plan over the years, and often times for very different reasons.

The biggest disappointment to me is that none of these officials have been willing to lay down in front of the runaway train, and publicly question the wisdom and need for building this highway, 50 years after it was conceived.

We talk the talk, but don’t walk the walk.

With all the hype about creating a more walkable city, many policy makers in Tulsa continue a fascination with the auto-centric culture of the past.  Instead of a herculean effort to restore service to the nation’s passenger rail network, we build expressways in lightly developed areas.  Instead of protecting the character of our city’s cherished inner-city neighborhoods, we support city-wide suburban style street-facing 3-car garages with 30’ wide driveways.  Instead of implementing the most important recommendations of a nationally acclaimed walkability expert, those recommendations sit idling on the back burner, cowering under the shadow of a few special interest groups.

Show me the money.

We’ve heard the promises: “We are going to raise the bar, set higher standards, have greater expectations.”  But when it comes to standing up for those ideals in the real world in the face of resistance from powerful groups with political influence, elected officials too often melt under the pressure; ignoring the pleas of planning professionals and community activists.

If Tulsa is to remain relevant and competitive with more progressive cities, things need to change and fast.  Our elected leaders must be more committed to the next generation than the next election. We simply don’t have time to wait until their next term in office, we need smart people with smart solutions, right now.