Have you been thinking about taking one of the downtown Tulsa’s underground tours; imagining dark, damp and musty dungeon-like tunnels, reminiscent of England’s medieval torture chambers?  Perhaps you’ve seen images of long, dimly lit, narrow passageways with low ceilings; where you might faintly hear creaky doors and the distant cries of lost souls begging for redemption.

“As an un-apologetic junkie for all things Tulsa, some might be surprised to learn that I had never toured the fascinating and storied tunnel system until recently.  Maybe, just maybe, I put it off because of my over-active imagination of what might be lurking beneath our streets.”

Yes, there is one segment, reportedly the oldest of the tunnels, that is dark, and narrow, and intriguing.  It’s about 80 feet long.  Most of the rest is wide, well-lit, with finished surfaces that though dated, are not much different than what you find above ground.  In fact, if your tour director does not tell you exactly where you are, you might not know for certain if you are above or below ground in some instances.

There are multiple Tunnel Tour options

There are several groups that offer individual and group tours of the tunnels.  I like to support the ones offered by the Tulsa Foundation for Architecture, because they champion the art of good design, educate the public about the built environment and advocate for quality development that enhances our city’s livability.

When arriving for our tour, my son, Bill C. Leighty, and I were amazed to learn that 927 people, in 24 groups leaving every 15 minutes would see the tunnels that day.  Wow!  Congrats to the TFA for recruiting enough volunteers to execute such a daunting exercise.

We showed up at 9:15am in the lobby of the historic Philcade Building to register for our tour departing at 9:30am.  The process was orderly and only took a few minutes.  That allowed us time to browse the fascinating Art Deco Museum window displays throughout the Philcade lobby, sponsored by William Franklin and DECOPOLIS.

History unfolds before your eyes 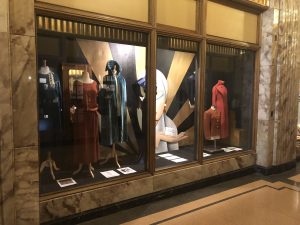 The Philcade Building, completed in 1929, is a sister to the more well-known Philtower Building, finished two years earlier.  Construction of the tunnels began at that time, with the aforementioned 80-foot underground tunnel connecting the two iconic structures; great examples of neo-gothic and art deco architecture designed by the celebrated architect, Edward Delk.

Some say the tunnel was originally designed as a way to transport materials between the two buildings but it’s hard to imagine moving much of anything through such a narrow span.  The more likely motivation for building the tunnel was related to the security concerns of the developer, Waite Phillips.  Apparently, he feared he might be targeted in a kidnaping for ransom scheme like those that had plagued other wealthy men.  The subterranean pathway would offer Phillips a safe passage to move freely between the two buildings.  The system grew from there. 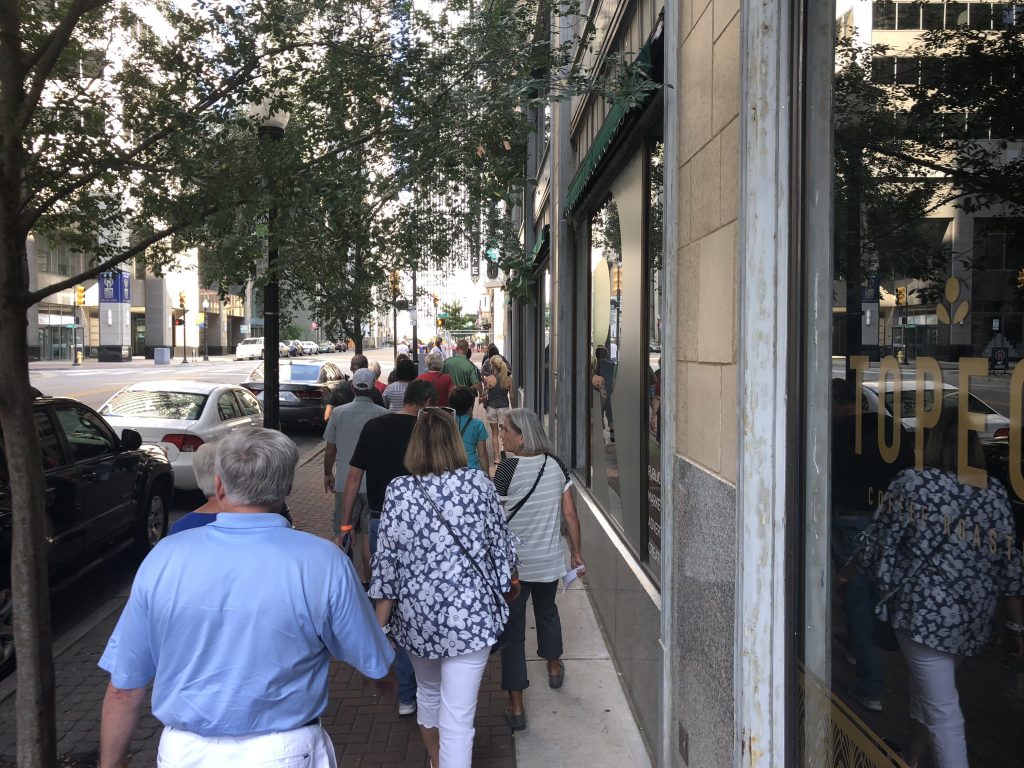 We began our tour, topside, heading north on Boston Ave., from the Philcade lobby.  We stopped briefly at the corner of 4th & Boston where our tour guide provided a few details about the Mid-Continent Tower on the SE corner.  It is comprised of the original 15-story Neo-Gothic Cosden Building built in 1918 and a matching 36 story addition completed in 1984.  The buildings appear to be connected, but in a marvel of modern engineering, they aren’t.  The top half is cantilevered over the bottom.

From there, we headed underground but I’ll omit the details to avoid spoiling your adventure.  According to what I learned, Tulsa’s underground tunnels connect eight buildings, three parking garages, a hotel and a number of small businesses and café’s.  By taking advantage of the system which includes tunnels and above-ground skyways, you can journey from First and Main to Fifth and Boston without being exposed to the elements.  Most of the system is open to the public. Try walking under Third Street from the Hyatt Regency Hotel parking garage to the 320 S. Boston Building, and then under Boston Avenue to the Kennedy Building, then under Fourth Street to the Mid-Continent Tower.

“All in all, the tour was a great experience and I highly recommend it.  It is a terrific way to explore one of Tulsa’s most celebrated urban legends and its associated folklore.  Have I left anything out; anything that might give you pause? Might some creepy, crawly thing pop-out unexpectedly during your tour, or will you hear distant screams or mysteriously loud noises?  I guess you’ll just have to try it to find out.”

Check out these affordable high-rise condominiums below in downtown Tulsa’s Central Park Residences.