EXPERIENCE EAST TULSA Get to know your city. 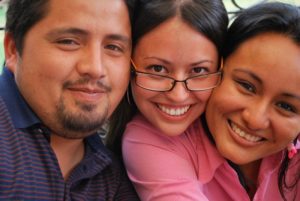 I recently spent some time in East Tulsa, driving around, visiting small businesses, talking with proprietors, and cruising through a few neighborhoods.  East Tulsa is the fastest growing part of our city and accounts for the major part of our recent population growth, modest as it has been.

In spite of feeling like a racial minority I was welcomed by friendly people, and smiling faces.  I encountered quite a few who did not speak English and as I am not multilingual we were limited to respectful nods.

English is still the predominant language in East Tulsa, but the Hispanic and Asian populations are continuing to grow significantly each year.   In fact, immigrants from many nations choose to settle in East Tulsa.  There they find affordable housing and support from already established groups and organizations.

According to NeighborhoodScout which provides enterprise-grade data for every neighborhood and city in the U.S., East Tulsa median real estate prices are among the lowest in the city and some of the lowest in the nation. Still, as you drive around you will notice a number of vacant properties, mostly commercial but also some residential.

Statistically East Tulsa neighborhoods are lower-middle income, making it a below average income neighborhood.  Neighborhood Scout’s research shows that in parts of East Tulsa incomes are lower than 84.6% of U.S. neighborhoods, with 37.8% of the children below the federal poverty line.

Employment wise, East Tulsa has high concentrations of people employed in manufacturing or as laborers, with about half of its residents employed in such fields.  Many others are employed in sales and service jobs, while less than 10% are employed in executive, management or professional occupations.

I asked a number of people if they used Tulsa Transit to get around town and most answered no citing the long wait times and often an inability to get up to date information on routes and schedules.  For those without vehicles carpooling is the preferred choice.

Keep in mind how you get to work, shopping or school and how much time it takes each day is a significant quality of life and financial issue.  This is especially true when fuel prices increase and the length and means of one’s commute can be a burden for a family’s already tight budget.

When visiting East Tulsa you can’t help but appreciate what a true melting pot it is, bringing together people of diverse ancestry and ethnicity, creating a shared learned culture that is unique unto itself.  All Tulsan’s should celebrate that diversity because knowledge is the key to understanding and when we interact with one another we get a new perspective on the lives of those around us.

Fact is, diversity can be a real strength for Tulsa if we work to overcome ignorance and prejudice.  And by exploring the diversity and culture of others we become more aware of our own. Not only are we more aware, we gain a sense of pride for the unique qualities and heritage of our own backgrounds.

Several East Tulsans shared with me a sense of isolation from the rest of the city.  One successful business owner who has operated in one of East Tulsa’s most active commercial areas for 14 years said she has noticed a significant decline in Anglo-American customers.   When asked why, she had no answer other than to say the loss of those customers caused her to change her business model.

Get you know your East Tulsa neighbors, a growing and prosperous community

So, how can we celebrate our differences and our common interests to the extent it will help educate and ultimately unite us?  How do we begin to bridge the gap and attempt to understand those from different ethnic, social, economic and educational backgrounds?

First, we must escape the isolation of our own individual heterogeneous bubble and enter the domain of our neighbors.  An easy way to do that is through food and music.  Music is one of the most primal and fundamental aspects of human culture and as Henry Wadsworth Longfellow once observed “is the universal language of mankind.”  And like music, food also transcends culture, class, race, nationality, politics and religion.  Here is the good news!  East Tulsa has a lot of both, food and music!

I plan to visit East Tulsa and patronize their retail and commercial enterprises more frequently and I encourage others to do the same.  You will find menu options and grocery items not found anywhere else in our city and the music will be authentic and rich.  You can help make a difference in the struggling mom and pop restaurants and retail outlets so desperately trying to make ends meet.

If a rising tide lifts all boats we all have a lot to gain by growing prosperity in East Tulsa.  After all, much of the growth of our economy and future job creation will come from the minority business community. A recently released study from the Minority Business Development Agency found that limited financial, human, and social capital, as well as racial discrimination, was primarily responsible for the disparities between non-minority and minority businesses.

There may be those in Tulsa who are already helping minority businesses but judging by what I saw recently there are many more that need help.  It just makes sense to invest in minority owned businesses because it is an investment in the future growth of Tulsa.

A smart city employing smart strategies will collaboratively find a way to provide access to capital so the minority business community can achieve economic parity.  In the coming years many of the new businesses, jobs and ideas in our city will be created by the minority community and many of those will live and work in East Tulsa.  Let’s give them a hand up starting right now.